14 Sep 2009 | Email | Print |  PDF
By: Dumisani Ndlela
Zimbabwe's sole paper producer Mutare Board and Paper Mills (MBPM), which stopped production last year, has bounced back ahead of the launch of at least three daily newspapers in the country.
MBPM threw the market into turmoil after abruptly halting paper production over technical problems in October 2008, forcing newspaper groups to reduce their sizes and resort to imports.

The hardest hit had been the Zimbabwe Newspapers Group (Zimpapers), whose daily newspapers - The Chronicle and The Herald - had already started publishing as little as four eight-page editions.

“Increased finance charges were recorded during the period due to the high debt levels required to fund losses at Mutare Board and Paper Mills. The paper mills performance in the period was disappointing. Significant production time was lost to power outages, imported raw material and coal shortages. The low production volumes and unviable newsprint prices contributed to the losses recorded at Mutare Board and Paper Mills, introducing a significant strain on funding of the business,” group chairman Passmore Matupire had said.

It was not clear if the “technical problems” that resulted in the current closure of plants was related to the financial woes.
NextOptions
›
Email Print PDF
Follow

Dumisani Ndlela is a Zimbabwean journalist specialising in business and financial reporting, with experience reporting on commodities, stock and financial markets, advertising, marketing and the media. He has previously reported from a number of regional countries as well as from the UK and Germany on commodities and regional integration. He can be contacted on ku.oc.oohay@aleldnd.
Read more: Mutare Board and Paper Mills, Zimbabwe Newspapers Group 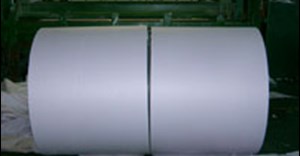